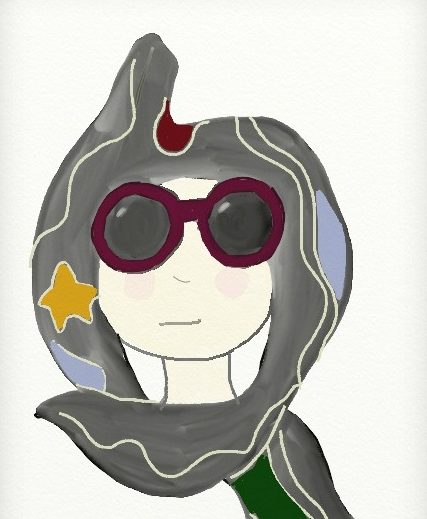 Recently I traveled to Chicago for a conference. I was honored by the request to give a presentation, so despite the fact I’d rather run myself over with my own car than fly these days, I found myself on a plane to the Windy City.

Make no mistake. I knew it was called the Windy City before arriving.  That’s why it was that much more surprising to discover, once I’d arrived at my hotel and was freshening up, that I’d forgotten to pack a brush.  OR a comb.

An adventure – how fun! I walked off, a spring in my step, to find the nearest drugstore.

Because I am directionally challenged at the best of times, forty-seven blocks later I staggered into a Walgreens, absurdly grateful for the air conditioning and even the slightest respite from the glaring sun.  Confronted with what seemed to be thousands of hair brushes, I opted for a round one made out of metal and space-aged polymers and ceramics and maybe even dark matter with extra ions and little nubs on the ends of the bristles.  It was also slightly heavier than my normal hairbrush, a seemingly unimportant factor that I would soon deeply regret.

It appeared to work in the manner of a normal hair brush that afternoon, and again that evening. Not a problem. A seamless transition, or so I thought.

The next morning, I got up early to get ready for a full day at the conference. As I was innocently drying my hair – still half asleep and waiting for my coffee to kick in – IT HAPPENED. The brush got stuck in my hair.

When I say the brush got stuck in my hair, I can see you rolling your eyes and thinking, “Please. What’s the big deal? Unroll it and get on with your life.” And normally I’d be right there with you.

This time, however, I was dealing with the Evil Hairbrush of Extreme Malevolence. In seconds, it had twisted every single strand of hair on the left side of my head firmly around it, and it was. Not. Moving. For the first time in my life, I was quite literally dumbfounded. I moved on to stunned and slipped quickly into shock. The brush would not move. I tried conditioner. I tried water.  I tried loosening the hair strand by strand.  I looked up solutions on the internet.  Phone a friend seemed to be a top pick, but I was in a strange city and there was no one to call. Using chopsticks to somehow gently pry the hair away from the core of the brush seemed like a viable option, but oddly enough I’d failed to pack chopsticks for a two night stay.  In desperation I began to cut the little nubs off the end of the bristles with my travel nail clippers, just to feel like I was doing something. They scattered like depraved cookie sprinkles across the gleaming bathroom vanity and floor.

I started crying like Woodstock in the old Peanuts cartoons – tears flingling themselves horizontally from my eyes.  It was clear to me I wasn’t going to be able to fix this one on my own. And because the heavy brush was stuck about a half-inch from my scalp, I figured I was returning home with a buzz cut and the mother of all headaches. I called the Concierge.

“A hairbrush. It’s stuck in my hair. I need help.”

“Would you like me to send up someone from Housekeeping?”

I blinked. Housekeeping? Were they going to Windex the brush free?

“No, I think I need to call a salon or something. Is there one in the area?”

“Yes, there’s one a couple of blocks away.”

She gave me the number, and I called, hoping against hope that they’d be open and someone would be available.

“Um, hi. The Concierge at the Blackstone gave me your number. I have an emergency. I’m a guest at the hotel and I’m here for a conference and I somehow got a brush stuck in my hair.”

“No, I’m visiting from out of town. It’s kind of an emergency. I can’t walk around with a brush stuck in my hair.”

“Hmm.” She sounded bored.  “Let me ask the lady.”  She put me on hold.  After about five excruciatingly long minutes, during which I began wondering if Housekeeping would deliver scissors, she returned to the line. “The lady, she says come in.” unknown destination with a brush sticking out from my head? I grabbed a giant scarf and wrapped it around my hair, pretending that the metal brush didn’t make the scarf bulge alarmingly in a way that instantly made the phrase “deformed unicorn” leap to mind.  I opted for sunglasses instead of my regular glasses.  Even in this city where I knew very few people, I decided to sacrifice vision for anonymity.

I made it to the posh lobby without incident, and sidled up to the Concierge station. A woman in front of me was negotiating for a pedicure.  I waited as patiently as I could, feeling like I was standing under a neon sign flashing *FREAK! CAN’T BRUSH HER HAIR!* on and off for the entire world to see.  I tried and failed to NOT wish horrible, debilitating nail fungus upon the long-winded yet reasonably innocent woman standing between me and directions to the salon.

Because I was still in shock, the Concierge had to repeat the directions four times.  Even then, walking out into the bright sunlight, slightly dazed, all I remembered was right, two blocks, then left. Or maybe right. Surely it couldn’t be that hard to find.

In the end, I only went about twelve blocks out of my way.  I finally walked up the steps to the salon with a strange mixture of relief and trepidation, tried the handle only to discover that the door was locked. I knocked quietly. No response. I knocked slightly louder, trying desperately not to offend anyone who might be able to help. Someone finally let me in.

A kind-looking woman walked over to greet me and motioned me to a chair. “Take off the scarf,” she said. I slowly unwound it, eyes fixed on my lap. She blurted out, “Oh my god!” and I burst into silent tears, bottom lip quivering.  “You’re going to have to shave it all off, aren’t you?” I sobbed quietly, like this was the worst thing that has ever happened in the history of the universe. All sense of reason and perspective had left the building at a run about an hour before and were still gaining speed somewhere off in the distance. Thirty minutes later, the brush was free. She tried  to hand it to me but I averted my eyes and made useless flapping gestures with my hands. “I don’t want to touch it, I don’t even want to see it. I think maybe you should shoot it or burn it.” I said this earnestly, then asked her how much I owed her.

“Don’t worry about it, ” she said. “Just no more crying. You need to smile more.” And she patted my arm.  Then she explained how to pick out a brush that was NOT the Unholy Hairbrush of Impending Doom.

So I gave her a watery smile and an enormous tip, and sent her flowers the next day.  I may have even promised to name all future houseplants after her (it didn’t seem right to promise to name future dogs after her), but things got a little fuzzy there at the end.  I was free!

I skipped down the street, puffy-eyed, tender-scalped, dehydrated from stupid amounts of crying, horribly frizzy and totally unstyled hair streaming behind me in the furnace-like summer breezes of the Windy City.  And for that moment in time, I was blissfully and ridiculously happy. Here is the Happy Hairbrush of Lesser Drama, which I bought on the way back to the hotel:

The presentation went well. Thankfully, it was the NEXT morning, although I am still haunted by the thought of session feedback survey results saying, “Presenter did well overall but seemed distracted by an odd shape on the left side of her head under her scarf. For some reason, it made me think a little of a deformed unicorn.”

Timing really is everything.