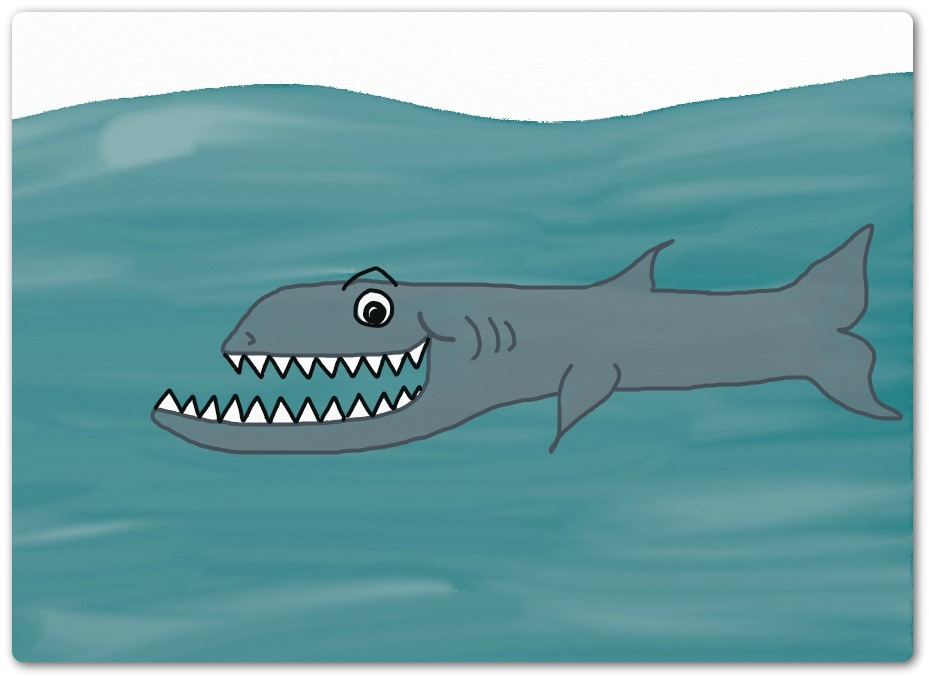 Not the way I did it.

Studying marine science in Florida, it made sense for me to become certified in scuba. I took a course held in the campus pool. Our teacher, who retired from the Navy, was pretty hardcore. You know, the kind of person who could easily defeat a rabid giant squid with his bare hands without even exerting himself despite (or perhaps because of) his insistence upon wearing a tiny Speedo.

Things got interesting when I was paired with my arch-nemesis from freshman year to practice “buddy breathing”. There we sat in the shallow end of the pool, ostensibly passing the mouthpiece back and forth in a happy, congenial manner like rational adults and certainly NOT trying to deprive each other of air by holding the respirator just out of one another’s reach. At one point I was a thousand percent certain I was going to drown in four feet of water for being too stubborn to admit I needed to breath.  I sat there, vision growing cloudy, pretending everything was perfectly normal. “Death by Abject Stupidity” would be written on my gravestone.  Despite the fact I made it through this exercise, it didn’t do much to boost my overall confidence.

Speaking of, our first check-out dive was in a place called the Snake Pit.

And really, who wouldn’t want to dive in a place called the Snake Pit?  What could POSSIBLY go wrong in a place called the Snake Pit? From what I recall, it was an old limestone pool filled with crystal clear water and roughly a million feet of silt.  As soon as the first fin touched the bottom, the silt became suspended in the water column and reduced all visibility to zero.  An enormous malevolent snake could easily tiptoe up behind you, tap you on the shoulder and swallow you whole without anyone being the wiser, including you.

Of course (we were told) there aren’t REALLY snakes in the water – hahaha, no way! They would never take us to a place with SNAKES in the water. That’s just silly! Hahaha. The goal of this dive was to keep calm under challenging circumstances.  Personally I felt I exceeded expectations by not dying of fear, stress, or accidental snake.

The day came for our final dive – a wreck and a reef in Biscayne Bay. It was cancelled due to bad weather.  This gave me several months to brood and to forget the vital yet complex formulas necessary to dive successfully, meaning “without running out of air or accidentally causing your brain to explode”.

Five months later, our class received word that we were to  join the current class for the final dive. Conditions weren’t perfect for this one, either, but you could tell that barring an outright hurricane, this dive was GOING to happen. We trooped onto the boat despite the three- to five-foot waves. With the exception of the crew and our instructor, my friend Sebastian and I were the only ones NOT throwing up over the side of the boat within the first 10 minutes of leaving the dock.  We sat there in the center of the boat, desperately trying to distract each other from the horrifying sounds of our classmates’ spleens being forcefully expelled through their mouths into the water.

Once we reached the wreck, our teacher was ready. He directed all of the seasick people to pair up, enter the water and wait. Soon, Sebastian and I were the only ones left on the boat. We were ready to jump in and our instructor – the man you could envision diving off of ice floes (sans wetsuit) to save baby seals from satanic polar bears – screamed like a little girl at a Bieber concert and started clawing at his neck. “Dive, people!” he yelled. “Portuguese man-o-war! You two – dive off the back of the boat and follow the anchor line down!” He submerged.

Sebastian and I blinked at each other. “Don’t those have tentacles that are, like, miles long?”
“I think so.”
“And we’re supposed to jump straight into them?”
“Maybe they’re going in a different direction.”
“Oh, you mean floating against the current?”
“Hmmmm.”

What could we do? We jumped off the back of the boat and plunged straight down, using up 50% of our oxygen in about three minutes of sheer panic.  We followed the anchor line about 70 feet to the bottom and rejoined our classmates, slightly the worse for wear but uninjured.

The color spectrum is affected when you travel into deep water. One of the first colors to disappear is red. Which is why, minutes later, when some idiot shoved me into the side of the wreck and I put up my hand to keep from crashing into the side of it, the resulting laceration in my palm bleed green.

The Teacher’s Assistant assigned to my group was overjoyed – green blood! Hey everyone, come see! This was SCIENCE! At least, I’d like to think he didn’t mean to present me as bait, attracting every predator within a five mile radius. He grabbed my wrist, sweeping it through the water in ever increasing circles to catch the attention of everyone in the immediate vicinity.

Including two barracuda. They started edging closer, “How YOU doin’?” expressions on their faces, thousands of teeth glinting in the murky filtered light. My immediate goals were to 1) get out of the ocean and 2) never return.

Once I made it back to the surface, I paddled weakly towards the ladder on the back of the boat, which was bobbing violently in the waves. I grasped it, got one leg up and was immediately thrown so fiercely that my entire body left the water only to splash back down twenty feet away.

Also, it felt like my left kneecap had been knocked off. This barely even registered: I figured I could collect it from the wetsuit and keep it on ice until I could find someone to reattach it.

I swam even more feebly for the ladder again and finally made it back on board.  I stood on the deck, dripping and bleeding, balanced on one leg. I slowly started removing my wetsuit. One of the crew said, “Hey, you’ll want to leave that on for the reef dive.” I shot him a disbelieving look and ignored him. I flailed my arms, trying to wrestle out of the suit, and fell over into the pool of blood spreading at my feet: my own little crime scene. Someone finally bandaged my wrist and I fell into a woozy sulk.

A month later, I received my certification in the mail. Was this some kind of joke?

Regardless, that was the last dive I ever did.

Need a snorkeler? I can snorkel like a CHAMP. I can tide pool, and marsh-muck, and jump into puddles like I was born to it. But if you want a scuba partner, you’re on your own.

I will, however, be happy to wait for you on the deck with bandages.