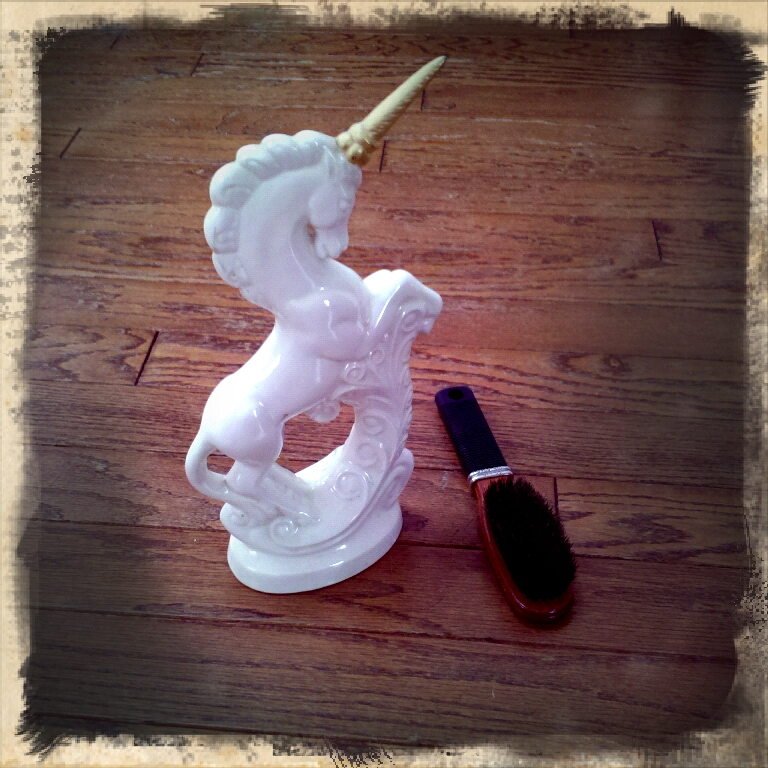 In second grade, we were told to find an American legend or myth, research it and write a report.  Simple enough.  One classmate picked Paul Bunyan.  Another chose Johnny Appleseed.  I went with the Headless Horseman.

I’ve always been intrigued by the mysterious.  You know, the things that you can’t quite explain.  The universe is a pretty big and complicated place, I reasoned.  Surely we can’t know EVERYTHING about it.  I am also cursed with a vivid imagination.  These qualities together formed an unholy alliance of stupid that has resulted in countless hours of lost sleep throughout my lifetime.

For years, it seemed, I’d go out of my way to find spooky stories, haunted houses and creepy movies.  I’d sit with my friends, laughing and laughing at the ridiculous people who would hear a noise and go investigate one by one until the only creature left was the dog (the only one interested in being in the sequel).

My cousin and I were convinced that our grandma’s house was haunted. It was a charming old two-story with high, painted tin ceilings and all manner of nooks and crannies and unfinished parts of the basement and attics.  We’d use the bathroom on the buddy system: one would go and the other would act as look-out.  One time, as my cousin was peeing,  I leaned back against the towel shelf and *whooomph!* – just like something out of Scooby Doo, the wall moved back and revealed a dark, dusty, hidden room.

To this day I remember the sight my cousin’s bare butt exiting the bathroom, and the sounds of her falling down the three stairs to the first landing because her legs had gotten tangled in her pants.  I figured it was only a matter of time until someone came to rescue me, so I tried not to panic.  Laying on my back, I looked around to see creepy, cobwebby old pictures in ornate frames propped against shadowy boxes. I whimpered. And I waited. And waited. And waited.  Finally, I dragged myself to my feet and staggered downstairs, covered in dirt and grime and spiders, only to find my cousin and the rest of the family calmly eating lunch.  “Where have you been?”, everyone asked, “We’re almost finished.”  So much for the cavalry.

It was all fun and games until I was home alone.  In fact, I didn’t even need to be home alone.  I could be in my room alone and still be convinced that someone (or something) was lurking in the attic, waiting until my breathing evened out and I just started to snore to sneak down the steps, one by one, ease open the attic door and…

“Look,” my dad would say.  “Do you really think someone snuck into the house and is waiting up in the attic for you to fall asleep?”

“Do you think maybe you shouldn’t read those scary books?”

I’d shake my head.  “They have nothing to do with this,” I’d explain earnestly.

“Why don’t we go up in the attic and I’ll show you there’s nothing up there?”

“NO! Dad! That’s EXACTLY what they want us to do! Don’t you watch movies?!”

He’d sigh.  If there were a lifetime award for patience, my dad would get it hands down.  I must’ve woken him up 10 billion times throughout my childhood, convinced some psycho killer was biding his time, playing solitaire in the basement or a demonic beast was dozing fitfully in the closet, prepared to pounce and swallow me right down to my bunny slippers as soon as I opened the door. I used to create elaborate, Rube Goldberg-like traps for unwary criminals seeking to gain access to my room.  I’d position a hairbrush on the floor just inside the window (in my mind, people with sinister intent didn’t wear shoes so they’d be quieter when sneaking in).  The bad guy would step on the hairbrush and fall forward to be impaled on the horn of my unicorn statue.  To me, this was the height of ingenuity and, of course, completely foolproof.

Once my friends and I started driving, we’d cruise around the backroads listening to music.  One night my friend Ellen and I found a great hill in a quiet subdivision.  She accelerated, crested the top of the hill, came down on the other side, and then…

We glanced at each other, then returned our eyes to the road.

“Did you hear that?” Ellen asked.

“What do you think it was?”

We continued to stare forward.  Ellen turned towards home.

“You should check the backseat,” she suggested. “I’m not checking the backseat!” I said. “If someone is sitting in the backseat clapping, he’s probably just waiting to kill the first person who turns around.”

We both thought about this for awhile.  This seemed perfectly reasonable to us.

“Well,” Ellen said. “I can’t turn around and check.”  Even I had to admit, she had a point.  So I steeled myself, took a deep breath, whirled around and…

“There’s nothing in the backseat, El.”

We pulled into my driveway.  My parents had forgotten to leave on the front light.  The yard was heavily wooded, and the wooden steps had slats in them, perfect for someone lurking beneath to reach out and grab your ankle if you weren’t fast enough.  Once the sun went down my feet never touched a single step, I could leap straight onto the porch from the front path without even thinking about it.

As I opened the car door, I said, “El, you might want to check the trunk before you leave.”  I jumped out of the car and made for the house.

“Get back here right now! You have to help me check.”  She was right.  I slouched back to the car.

In order to have some light, we wedged Ellen’s car door open with a tin can that sounded like a cow when you turned it over.  We both stood next to the trunk.

“On three: one, two, three!”  We threw the hatch open, the car lurched forward, the door slammed, the light went out.  Something let out a terrible cry: We screamed, teleported through the front door and had multiple mental meltdowns in the living room.  Once my father confirmed that there was no rabid, clapping cow in the trunk of Ellen’s car, she shakily left for home.  I was grounded on general principle.

I don’t read nearly as many scary books anymore, although I’m still a fan of Stephen King.  My fascination with horror films ended rather abruptly when I started itching with a bad case of poison ivy during a movie about a flesh eating virus. I spent the next week convinced I was a goner.

Maybe there is enough scariness in the world without seeking it in books and movies. Perhaps there are times and places for a vivid imagination.  It could be that I’ve run out of elaborate trap ideas, or that I’m afraid of turning around one day only to be confronted by the rabid, clapping cow.

Or maybe I just enjoy a good night’s sleep.