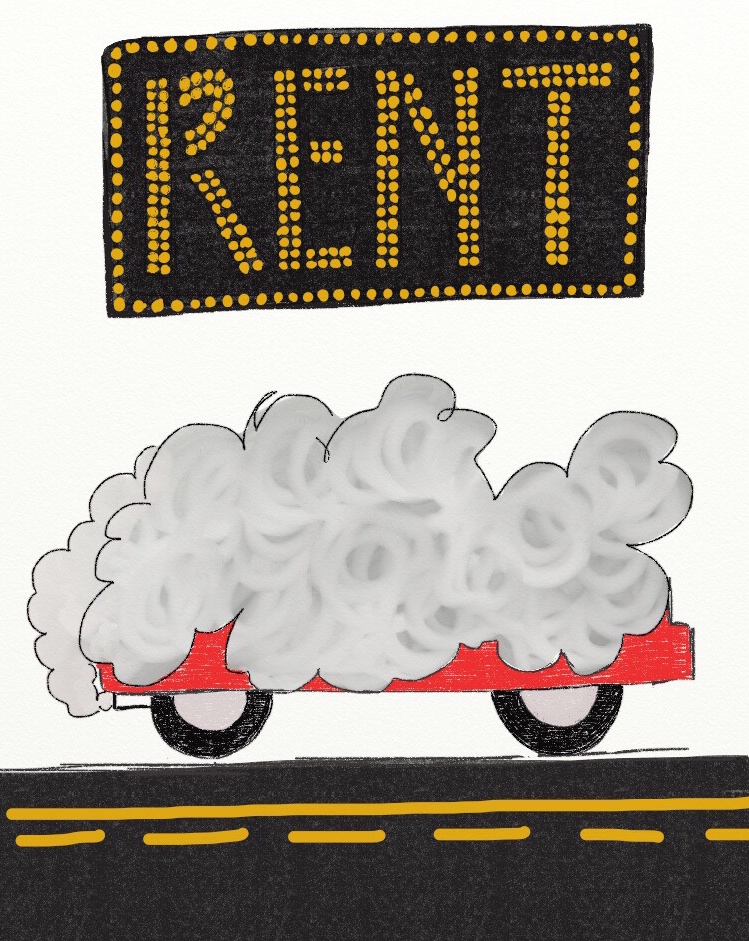 Because I live under a rock, it’s only recently that I started paying attention to the buzz about Hamilton. For this reason, it’s unlikely that I’ll get tickets to see it in person until I’m around 102 years old, but it did remind me how much I love musicals.

When I was young, my parents took me to see Cats on Broadway. I sat there in the tiny theater, mesmerized as the actors swayed and strutted and danced through the aisles, fascinated by the costumes and make-up and the fact that no one fell off of the tiny stage.

Dad fell asleep during the first act, as in actually started snoring. I confronted him during intermission.

“HOW COULD YOU FALL ASLEEP DURING CATS?!”

“Well, mainly because I had no idea what the hell was going on.”

“So, the cats are singing.”

“And dancing. And the winner gets to go on a spaceship.”

“I see. Please wake me up again when it’s finished.”

I memorized the soundtrack and sang it constantly, often lurking in weird places throughout the house testing acoustics. I’m sure my parents were filled with delight, especially when they’d track me to the sunken tub in the master bathroom to ask if maybe I could dial it back to 11 for this rendition of “Memory.”

Still, I think they’d concede it was better than my Annie phase. Sorry, guys. To this day even I can’t hear “It’s a Hard Knock Life” without breaking into hives.

My middle school music teacher thought she was starring in Fame. Each day at the beginning of class I’d expect to hear, “You’ve got big dreams. You want fame. Well fame COSTS, and right here is where you start paying: IN SWEAT.”

Teacher: “WELL IT WILL ALWAYS BE AN ELECTIVE WITH THAT ATTITUDE.”

I learned lessons about singing from her that I follow to this day, terrified she’ll show up in the midst of an open-mic night, eyes blazing, hands wrapped in her hair and pulling it straight out while shrieking “FROM. YOUR. GUT! AND ENUNCIATE – IS YOUR MOUTH FILLED WITH MARBLES?!”

I actually remember the first time I joined in a standing ovation for set design: when the bridge shifted to a barricade in Les Miserables. Coincidentally that’s also when I learned blurting out, “WOW, THAT. IS. AWESOME!” during a theatrical production is generally frowned upon BY PEOPLE WITH NO SENSE OF WONDER.

I first saw The Secret Garden on a date in college. We sat all the way in the back of a theater in Miami, practically in the lobby, and it didn’t even matter: I was enchanted from the moment the curtain lifted, completely enthralled by the story, when:

“Why is everyone dressed in white?”

“How did you know that?”

“They died of cholera.”

“How did you know THAT?”

“BECAUSE I WAS PAYING ATTENTION?!?!”

Another doomed relationship, although I will admit he was a good sport about it (and didn’t fall asleep).

When Rent came to Miami I couldn’t wait to see it. People had been talking it up for AGES. I showed up late to the theater, and fortunately knew enough to realize if I didn’t make it inside in time for the curtain, I’d be stuck in the lobby. At least I thought that was how it worked. Maybe they’d make me go in and walk to the front of the theater and turn and face the whole audience and apologize, like that time I was late to biology. Not that that incident scarred me or anything. Forever.

Suddenly panicked, I screeched to a stop in front of the theater, tossed the keys to the valet and sprinted inside, making it to my seat with barely seconds to spare.

I expected to love Rent – and there were certainly great numbers in there – but it never did manage to grab me the way, say, Chess did. Or Miss Saigon. Or A Chorus Line. Or even Pippen. I can’t explain it to this day. Everyone I knew loved Rent. How could I not like Rent? Clearly there was something (new) tragically wrong with me.

Distracted, I walked out of the theater after the show ended and distracted, I handed my keys to the valet and stood there, surrounded by the kind of people who use valet as a matter of course and not because they are running late and have no alternative. One by one the glittering, polished couples swept forward to enter their spotless, shiny cars. A Jaguar. A Porsche something-that-I-don’t-know-what-it’s-called. A Rolls Royce. A spaceship (possibly the one from Cats). The QE2. Then what sounded like Chitty-Chitty Bang-Bang’s emphysemic little brother approached. A wave of murmurs began as necks stretched to investigate. One woman pulled out a pair of opera glasses and squinted through them, trying to get a closer look.

Around the corner lurched my Nissan Sentra. The paint was completely worn off the top, shading from grey white to pink to deep red like an enormous mechanical crustacean that crawled from the sea and boiled through in the south Florida sunshine. The glue for the inside roof lining was no match for the intense tropical humidity and it drooped down in festive swaths, giving the entire vehicle the mysterious yet questionably-legal appearance of an opium den on wheels. Two of the windows slid halfway open and the gearshift slipped, pitching the valet’s sternum directly into the steering column and turning his face light green. A shocked silence fell across the crowd as this ghost of an automobile pitched to a wobbly stop directly in front of me.

I gazed casually at the horizon, ignoring countless horrified looks and trying not to inhale the cloud of black smoke wafting from the tailpipe.

I strode to the driver’s side door and slid into the seat, a graceful move marred only slightly by my hair catching on the fabric dangling from the ceiling. I put the car into gear, stuck my arm through the conveniently open window and gave a regal wave, puttering off into the sunset accompanied by additional billows of exhaust and the whisper of dozens of jaws dropping open simultaneously.

As you can imagine, after that I REALLY didn’t like Rent, although I’ll be the first to concede that’s not entirely fair. Too bad. Life’s not fair, Rent. That’s just the way it goes.

We took my 98 year-old grandmother to see The Lion King when it came to town a couple of years ago. Despite her questionable hearing she loved every second, especially the complex costumes and masterful puppetry. She also loved Spamalot, although I’m a thousand percent certain she had no idea what it was about.

A few years ago I discovered community-based musical theater. Yes, world, I discovered it personally. You’re welcome. Look, I already admitted that I live under a rock.

A friend starred in Music Man, which I’d never seen. My mom and I went and it. Was. Amazing. The costumes, the sets, the music, the singing – all spectacular. AND it was VERY reasonably priced. AND THERE WAS NO VALET.

In a burst of sheerest coincidence, this same friend is starring in another musical that opens tonight  – White Christmas. So if you’re local and looking to do something a little different, I can’t think of a better option than attending the show (which runs through July 9th). If you’re not local, I’d urge you to see what your local community theater has going on.

But take my advice – get there early, don’t yell out “WOW, THAT’S AWESOME!” in the middle of the performance no matter HOW good the sets, the costumes or the performances are, and wait until you’re well on your way home in your rickety Nissan Sentra to start singing the songs at the top of your lungs.