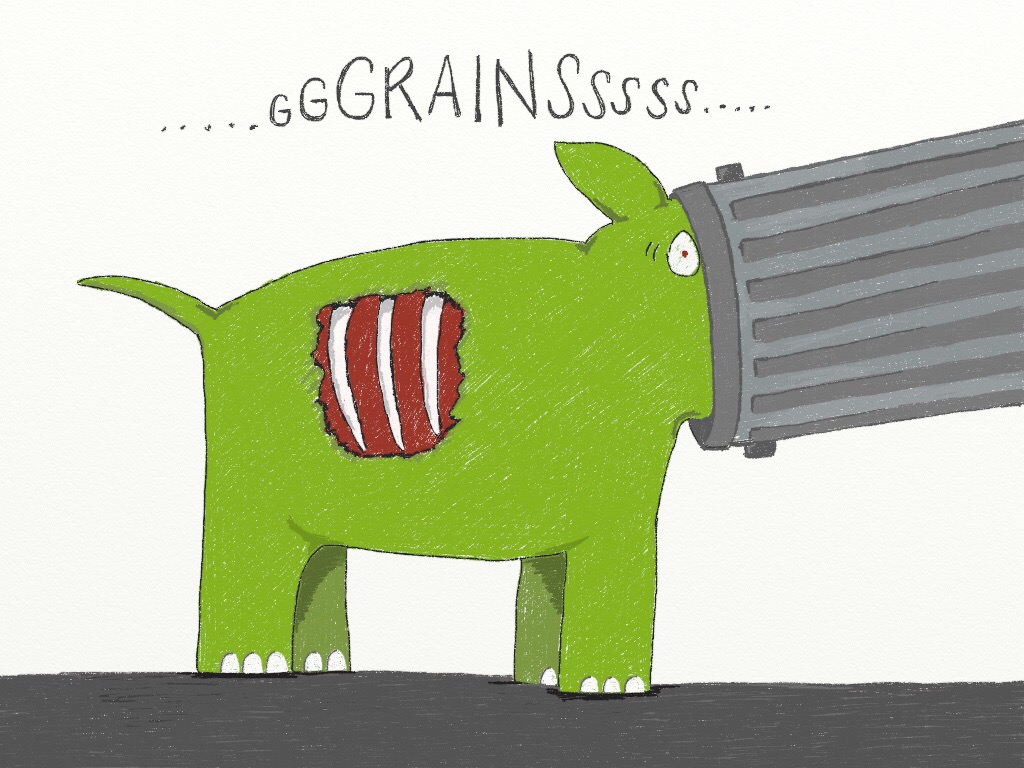 Audio: “Let’s begin today’s meditation by taking several deep breaths, in through the nose, out through the mouth. Now close your eyes and focus on your breath. In. And out. In. And out. If you get distracted, gently make note of whether it’s a thought or a feeling and return to the breath.”

I’ve so got this.

Okay. Totally recoverable. No problem. Settle back into position.

Breathe in, breathe out. In. And out.

I’m being present. I’m aware of my shoulders lifting slightly with each breath in. And out.

I’m aware of Shiloh pacing through the room. I really need to get his nails trimmed. He’s probably wondering why we didn’t go for a walk this morning. It’s like both degrees outside and frankly there are just not enough layers to make walkies even remotely appealing on a day like today. When my face hurts from being outside long enough to call him in from the backyard, walkies are not happening.

Okay, that probably counts as a distraction. Noted. Moving on.

Was that my phone? I thought I muted it. Ignore it. Whatever it is, it’ll wait for ten minutes.

*take a quick peek at phone*

Okay, so that wasn’t even a text, it was an email and I think we can all agree that no one is going to EMAIL after they’ve been in an accident that requires my immediate attention.

Okay, that was a thought. Noted. Back to the breath.

This is so relaxing. I love meditation. My mind feels like it’s floating. Float float float. We all float down here. GAH PENNYWISE NOOoooOOOoooOOOOO!

“Thanks, Shiloh. Appreciate the support, buddy.”

Okay, now THAT was stupid. Shiloh may not be Captain McWatchDogPants, but even HE would notice an evil clown wandering through the front door (climbing out of the sink, whatever) reeking suspiciously of Eau de Sewer.

Breathe in, settle into the breath. Gently expel the air through mouth. Count the breaths. In and one. Out and two. In and three.

It was probably just the wind knocking a trashcan over.

Only yesterday was trash day.

Breathe in. Breathe out. Relax into the breath. Feel the tension melt away, starting with your shoulders.

With a trashcan? That makes zero sense. What would a zombie be doing with a trashcan? Unless it was sneaking through my neighbor’s yard and accidentally fell into a trashcan. I mean, like maybe while it was lurching through a dangly bit got caught in a handle and now it’s stuck dragging the can forever.

Or until that part falls off. Which is really only a matter of time because zombie.

Maybe it’s a zombie hippo. That would make more sense. I mean, I’ll bet even zombie hippos get hungry. Only I think hippos are herbivores. And technically I don’t think zombies eat, and if they do they probably don’t eat grass. So it would have to be an omnivore. Oh hey, what about a zombie raccoon? That’s totally it. If a zombified anything were dragging around a trashcan, it would be a zombie raccoon.

Only how would it be dragging the trashcan? Like, logistically speaking?

What the hell am I doing?

Okay, noting that as a thought. Returning to the breath.

In through the nose. Out through the mouth. In, and out. Feeling the shoulders rise, feeling the lungs filling with air. Being present.

Noting that as a feeling and moving on.

Only when they say note that as a feeling, do they mean a physical sensation or like as something you feel inside? Am I supposed to note that I’m feeling itchy or that I’m feeling distracted by the itchiness? Now I’m feeling confused. Does that count? Oh, hey, now I can note this whole thing as thinking and move on. BOOM.

Breathe in. Breathe out.

Seriously, though, I think something is on my arm.

Whatever. I’m tough. I can ignore the tickle. What’s the worst that could happen?

What if it’s a spider?

There is NO WAY it’s a spider. I mean WHAT ARE THE CHANCES that there is a spider on my arm during the fifteen minutes I’m focused on meditating?

Given my history with spiders? Pretty freaking high.

No spider. I KNEW IT. Okay, so that was a feeling – maybe – and a thought definitely.

Gentle breath in through the nose.

Okay, Just settle into the space around you.

Forget anyone ever mentioned rhythm. What rhythm? Exactly.

And that was a thought. Several thoughts, really. Maybe one overarching thought and two sub-thoughts?

“And now I want you to concentrate on how you’re feeling and slowly open your eyes. Great job, and we’ll see you back here tomorrow for day seven.”

Wait, what? It’s over? How is it over already?!

I was just starting to get it.