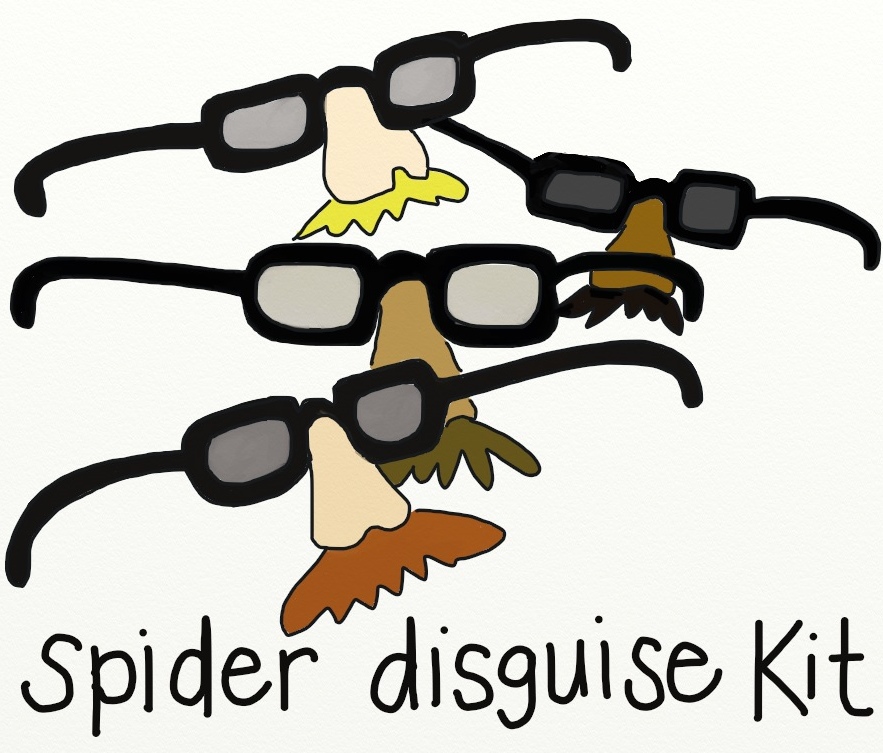 Here are The Rules:

You are welcome to the entire part of the world that is OUTSIDE of my house.

If you find yourself inside my house, you’ll want to keep a very low profile until you can once again return to the part of the world that is outside of my house.

Under no circumstances do you want to dangle in front of me, fly by my head or buzz anywhere in my general vicinity. Drawing attention to yourself in ANY WAY is inadvisable and, unless you are very speedy, most likely fatal.

You may want to underestimate my abilities. Don’t. Despite the fact that I trip on a daily basis and have a love/hate relationship with gravity, I become a Supreme Master of honed hand-eye coordination when it comes to dealing with annoying insects. Last week I vacuumed a fly from mid-air while cleaning. FROM MID-AIR.

I will cheerfully empty an entire canister of highly toxic bug spray, hair spray, Lysol or any number of other dangerous substances – up to and including a flame-thrower – in a bid to end you. Collateral damage means nothing to me, especially if you have a stinger or some other mildly threatening bug part that you’ve chosen to display in my general vicinity. Or if you appear to want to aggressively ooze on me.

If you are approaching one of the dogs, your life is forfeit unless you are carrying a tiny white flag and waving it vigorously and sincerely with a majority of your appendages.

If you are discovered in the bedroom, all bets are off.

Thanks to finding a spider in my bed last night, I discovered a thus-far hidden ability to levitate. One minute: drifting off to sleep. The next minute: hovering two feet over the rumpled sheets and flailing backwards towards the doorway. I’m sure you understand, at that point, there is no going back to sleep until the spider in question is found and disposed of.

Generally speaking, I’m pretty well-intentioned towards spiders, especially the ones that I don’t notice. Those are, in fact, my very favorite kind of spider – hanging around, doing spidery things like taking out really annoying bugs – all while in stealth mode.

If I do happen to find a spider elsewhere in the house, I’ll normally try to capture it and set it back outside.

But not in the bedroom.

Any spider foolish enough to be spotted in the bedroom is A Spider With Issues. Because CLEARLY that spider is just biding it’s spidey time and waiting until I fall asleep to pounce on my face, bite me and wrap me in miles of suffocating silk to store me on a web in the corner for several months of intense snacking.

Or – even worse – that spider is waiting until I drift off into peaceful slumber. It’s watching as my breathing deepens and my mouth slowly opens, allowing it to lower itself directly into my esophagus and begin to turn my body into the bug world’s answer to an all-inclusive destination resort. “Hey, Charlotte, I’m gonna grab 573 of our kids and wander on down to the small intestine. I hear Mikey’s set up an obstacle course and the buffet is unbelievable.”

I think I’m still scarred – decades later – from waking up suddenly in the middle of the night in a friend’s cottage in Australia. I was inches from the wall, and as my eyes adjusted to the darkness an enormous circle began to waver into focus. I blinked, then blinked again, then shrieked and teleported straight through the wall. I spent the rest of the night standing in a tree in the middle of the yard.

Because what slowly came into focus was an enormous arachnid – bigger than my face, possibly bigger than the entire house – menacing me with mandibles the size of a car. Okay, so technically it wasn’t moving, but you could tell it wanted to. And I’m almost certain that it looked really super threatening. In a mildly apologetic way. I like to think we BOTH learned a valuable lesson that night. I learned the value of stopping to open doors before trying to slam through them with my entire body. The spider learned that playfully poking a sleeping human on the nose is perhaps not the wisest move in terms of self-preservation. The spider may have also learned Extreme Camouflage or possibly multi-dimensional travel, because we never saw THAT guy again.

Last night’s spider was not so fortunate. It was a Pyrrhic victory, though, since I spent the rest of the night fitfully dozing and jolting back awake, convinced that the spider version of William Wallace was rallying the brown recluse and black widow clans and preparing to swarm the room in revenge.

So to any spiders reading this, take heed. I try to be all Ecology Spice, but I have my limits. Read the rules. Know the rules. Be the rules.

And stay the hell out of my bedroom.