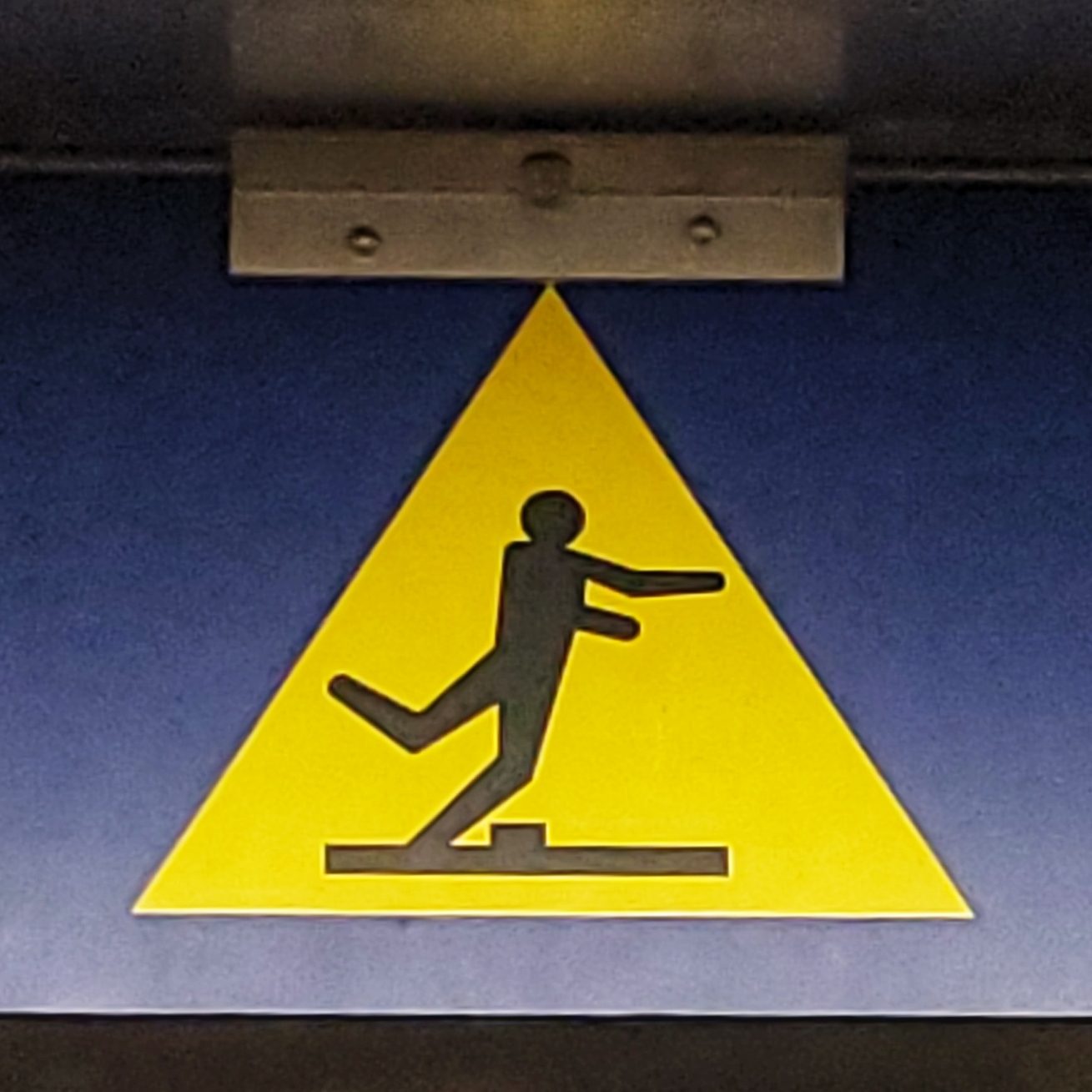 Doing the Dance of My People

Many people fear flying. Me? I fear the endless parade of anxiety-inducing hurdles standing between me and my time in the air. Even purchasing a ticket today requires a specialized skill set and two advanced degrees in The Reading of the Small Print. This flight is cheaper until you add in bag fees, that one is nonstop but it leaves at Nope O’Clock in the morning. Here’s one that will take you from Baltimore to Chicago via Peru.

There are fees for early-bird check-in, for window seats, for aisle seats, for wifi, for changing your flight, for a tiny bag of potato chips, for headphones.

“Oh, I’m sorry. I thought you just wanted to travel to Miami and start from scratch. If you want to bring anything with you that’s going to be an added fee of $127. Per ounce.”

Once upon a time, I loved to travel.

Once upon a time friends and family could meet you upon arrival right at your gate instead of barely slowing the car down long enough for you to flip your suitcase into the trunk and dive through the passenger side window, eager to evade the curb police. Once upon a time they served reasonable meals on planes instead selling you minuscule packets of cheese crackers that expired back in the dawn of time, when there was only a single version of CSI.

That was before long security lines, before liquids were banned, before being required to remove my shoes. I fully recognize that the ultimate goal of the security checkpoint isn’t consumer bliss, but the process is fraught enough without adding that little element of surprise when agents randomly reinterpret the rules on the fly.

“ATTENTION. PLEASE TAKE YOUR LAPTOP, TABLET, E-READER, PHONE, EVERYTHING ELECTRONIC OUT OF YOUR BAGS. I DON’T CARE IF YOU HAVE A SPECIAL BAG FOR ELECTRONICS, TAKE THEM OUT.”

I have a special bag for electronics. When I bought it, the tag assured me that I could simply  unzip the back panel and lay it flat, totally avoiding the impromptu juggling act that Lesser Mortals with Lesser Bags faced.

I fumbled to quickly remove the laptop, tablet, and e-reader I’d so carefully packed and diligently secured with what I turned out to be the strongest Velcro known to man. I felt waves of pity rolling off of my fellow travelers. Poor woman, can’t even operate Velcro.

“Ma’am? You need to remove your coat. And your belt.”

“Would it be easier to tell me what I can keep on?” I did not say this out loud, because airports don’t do witty repertoire. I did wonder if next time I should simply wear my bathrobe and slippers to the terminal and get dressed after navigating security on the odd chance I made it through before the plane departed.

I managed to nail the security screening itself, channeling my inner Vitruvian Woman to get my arms and legs positioned just right. I did not list sideways, nor did I cross my arms over my head in a signature dance move vastly underappreciated by a previous screener. We call this progress. The agent waved me through.

The far side of security is almost worse, hordes of irritated travellers racing back and forth to collect various items from scattered bins. I almost grabbed someone else’s laptop despite the fact I was already holding mine “Don’t mind me, I’m starting a collection.” I wasn’t prepared for this at 5:30 in the morning. No one should be prepared for this at 5:30 in the morning. My laptop was supposed to be in my special bag for electronics, along with my iPad and Kindle. My special bag which was, as I scanned what remained in the collection area, missing. I tried peering through the dangling flaps back into the tunnel – did it get stuck? Did someone else grab it by mistake?

On the verge of racing after and tackling a man who’d just walked off with a backpack similar to mine (ie: black), I suddenly spotted it all alone beside the monitor, listing to the side and appearing to be up to no good.

Two agents led me to a metal table in the midst of the chaos, seemingly positioned for maximum shame: LOOK HERE! SOMEONE DID SOMETHING WRONG! WATCH, TAKE PHOTOS, TELL ALL OF YOUR FRIENDS! HASHTAG SECURITY FAIL!

They muttered to each other.

“So where do you think it is?”

Flip it over, we’ll start there.”

Where what is? What did I have in my bag that was so dangerous? Nail file? Sugar cookie dough? Colonel Mustard in the library with the lead pipe? Was I going to miss my flight? Was I going to get arrested?!

I became suddenly lightheaded, like even my blood cells were trying to leave my body to distance themselves from someone so monstrously incompetent. We’ve never seen her before in our lives.

Blue nitrite gloves scurried over each zipper and pocket, finally plunging into a pouch on the side and emerging with one of the cans of eponymous seltzer* I invariably squirrel away against an instantaneous onslaught of dehydration.

The agent looked at me, eyebrow raised.

My mouth dropped open. “Oh my god I’m so sorry. I can’t believe I did that. I worry about getting thirsty – I think in a past life maybe I died in the middle of a desert or something.”

The eyebrow lifted even further.

“Like of thirst? I swear I totally forgot that was in there. You can have it if you like. It’s my favorite flavor.”

At this point the agent made the absolutely correct decision to halt the interaction before I blurted out further details of former lives or drink preferences. She handed me my backpack and, shaken by the entire experience, I staggered halfway down the concourse before stopping to repack my bag and get dressed for the second time that day.

Naturally the very first thing I did as I approached my gate was buy a bottle of water. Just in case. I settled down and began half-reading, which is exactly like regular reading but you’re also listening to make sure nothing weird is happening to your flight.

“If you have two carry-ons, both do not go into the overhead bin. One goes under the seat in front of you. I don’t care if it’s a purse, a murse, a backpack, a briefcase, you aren’t taking two overhead spaces for your carry on items. Save some space for the people who still need to board.”

“Paging the final passenger flying to Los Angeles on flight 6720, the doors are closing in one minute and they will not reopen. EVER.”

“Anyone else? Anyone else in line with more than two carry-ons? I’m not playing, you WILL lose your spot in line and you will STILL have to check your bags if you don’t step forward now.”

That last announcer was staring straight at a passenger trying to sneak on several extra bags and possibly a small sofa. You could just hear it.

Fortunately those announcements weren’t for my flight. My flight, we were informed, was practically empty. We all looked at one another – was this real? Were they playing with us? Were we going to get charged a fee for extra space?

The tragidrama that is boarding in today’s world unfolded, passengers lining up and showing each other boarding passes like winning poker hands.

Even paying for early check-in only gets you so far these days, maybe halfway through the A group. I gazed awestruck at the people at the very front of the line: were they celebrities? Did they pay twice? Did they donate a spleen to an airline executive?

Boarding is always amusing. I play a game where I try to meet the eyes of people next to an empty seat. Some pretend to be reading, or searching through a bag. One man sat glaring at the seatback in front of him, muttering quietly, another feigned sleep. I watched a tiny woman a few people ahead try to stuff what appeared to be a mattress on wheels into an overhead bin and idly wondered if she knew the person on the other flight traveling with the sofa.

I almost always end up sitting in a window seat over a wing, because I remember reading once that it is the safest place on a plane. Or maybe I read that it’s the most dangerous. Something about sitting near the wing is important. Probably. Anyway, I like checking on it from time to time – still there? Good job, wing! – during the flight. Also, it’s normally far enough into the plane that there’s still a chance that I’ll have an empty seat next to me. Dare to dream.

Waiting for take-off, I glanced outside saw a sign that read Ramp Training Zone. I really wanted to take a picture of the lonely ramp parked next to it, assumedly training its little heart out, but decided I’d pushed my luck enough for one day.

And yet all of these pale next to the danger of having your soul sucked out by the nightmare of securing a ticket, and making it to the airport, and navigating security, and – hopefully – finally getting on the plane.

Once upon a time, flying was fun. Flight crews pampered passengers, no matter where you were seated. Travel was a celebration, not a test of endurance. And then somewhere along the way seats got smaller, fees got larger, and corporations became complacent, smug in the knowledge that their product is only a means to an end, nothing more.

It could be so much more.

But until that time we will struggle with legroom and packed overhead bins and confusing rules and long lines. We’ll jealously guard our minuscule bags of atomized pretzels. We’ll fight to the death for our armrest. We’ll get wiped out by a virulent and deadly foot fungus borne of the bizarre requirement that still has us hopping through security on one foot while dragging off that second sneaker.

We’ll approach air travel as something to survive instead of what it should be: a grand adventure. A delightful journey. A joy.

Now, I wonder where my luggage went?