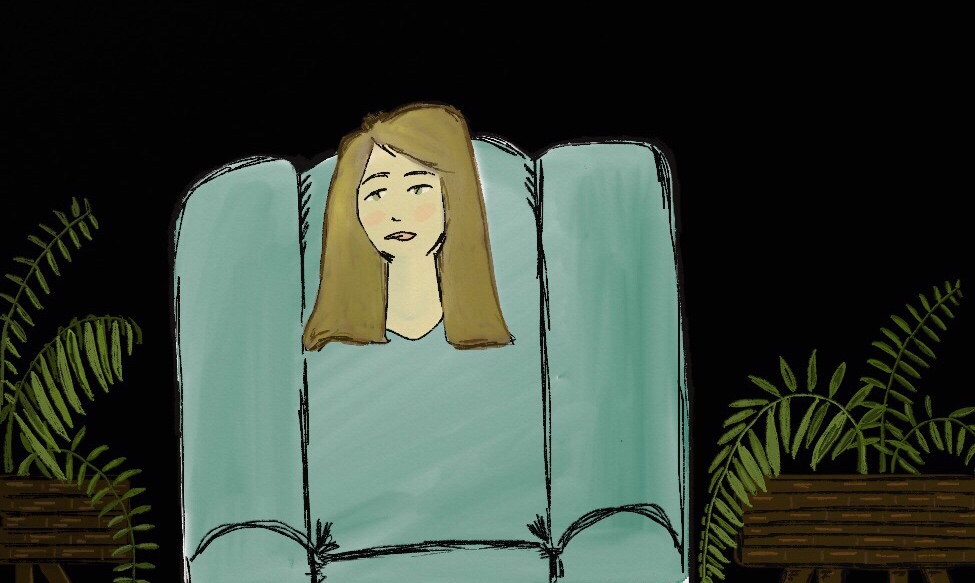 “Hey, Mickey, would you mind serving as an emcee for an event in a couple of weeks?”

“I’m sure whatever you choose will be fine.”

I have the uncanny ability to pick the exact wrong thing to wear for almost any occasion. And generally this doesn’t bother me, because I’ve never been a slave to fashion. I’ve never paid ANY attention to fashion, actually, and the few times in my life I was actually trendy were a complete accident. I prefer to think of this as having a style all my own, if “style” can be used to mean “things that I like that are comfortable to wear and that don’t make me look like a free-range beanbag.”

What’s my secret? It’s pretty straightforward: once I get dressed, I don’t really see myself for the rest of the day. I mean, it’s not like I work in the House of Mirrors at the local carnival. I don’t work at Mirrors ‘R’ Us. I have a total of zero mirrors in my office. I tend to rush by bathroom mirrors in case I end up noticing something horrifying and unfixable. I’m like a fashion vampire, unable to see the reflection of questionable clothing or make-up or hair decisions.

So out of sight, out of mind. Which I have to admit makes for a pretty relaxing approach to couture.

And let’s be honest – in most situations THIS TOTALLY WORKS. The combined powers of confidence, blissful ignorance and creative thinking can – if wielded appropriately – get you through almost any situation.

“I love that you aren’t afraid to wear navy and black together.”

“Well, my spirit animal *is* a bruise, after all.”

Plus I really thought that skirt was black.

And before you say anything, I KNOW that some fashion icons set out to wear black and navy together with amazing results. To state the obvious: I am not one of those people.

The only time my appearance is even an issue is when I’m caught on film, which explains everything you need to know about my industrial-strength aversion to cameras. After all, when confronted by hard photographic evidence it’s hard to deny that the sweater that to me says “autumn” is, in fact, screaming “VELMA LIVES” to the rest of the world. Or that the hairstyle I considered “artistically whimsical” more accurately looks like I barely survived a scalp-based attack by a rabid wombat.

Once I was invited to be interviewed on a local cable show. This was veering into double jeopardy territory – not only would my image actually appear on film, SO WOULD MY WORDS AND ACTIONS.

However, despite misgivings numbering in the low-to-mid millions, I realized that there was no way to refuse: part of my job at the time was to promote a specific program that would benefit greatly from the exposure. So I gritted my teeth and opened the first of several e-mail attachments intended – giving them the benefit of the doubt – to minimize stress and fear for those unfamiliar with the process.

What I REALLY got from the messages was that I had almost nothing going for me in terms of color or style that wouldn’t make me look ridiculous in front of the camera BEFORE EVEN OPENING MY MOUTH.

It was actually kind of freeing.

I began combing through my closet. To paraphrase Sherlock Holmes, once you eliminate the outfits you’ve been advised to avoid, whatever remains, no matter how ridiculous, must be what you’re going to wear, which is how I ended up wearing a simple suit in a muted aqua. It wasn’t too dark or too light, too loud or too drab, the color complemented my skin tone reasonably well and it fit.

This decision was made even easier by the fact that it was literally my only option unless I decided to go out and buy a new outfit for a five minute interview, which was SO not happening. I like to pretend I was being frugal and mature, but really I was terrified that my brain would explode while trying to remember and apply the various parameters I’d received while simultaneously dealing with brutally honest salespeople.

“Ooooh, that will look perfect once you add some Spanx.”

The day of the interview dawned, and I managed to style my hair without burning my forehead with the curling iron, a personal victory. I applied make-up, including mascara, without poking myself in the eye. I avoided eating spinach for breakfast. I put on the suit at the last possible moment to avoid spilling anything on it.

I walked into the studio, still not entirely sure what to expect. I was greeted by the extraordinarily kind host, who managed to put me at ease while a make-up expert “tidied up” (aka “completely redid”) my face so I didn’t look like Mickey, Corpse Edition under the studio lights. We walked onto the set and I froze immediately. The host bumped into me.

“Did any of the email messages mention that YOUR SET CHAIRS ARE UPHOLSTERED IN THE EXACT SAME FABRIC AS THIS SUIT?!” We all stared at the chairs in question, and there really was no denying that they were the EXACT same shade as my suit. To the point that when I sat down I looked like a chameleon whose pigment ran out from the neck up. Because we were on a tight schedule (and the studio was on a tight budget), there were no reasonable alternatives to what in my mind I was already referring to as The Infamous Chair Suit Event, Video Edition. So I sat there, a cheerfully chatting disembodied head, comments occasionally punctuated with magically appearing hands drifting across a monochrome backdrop of muted aqua as the host asked me questions that barely even registered.

To this day I haven’t mustered the courage to watch the interview, although I’m told that it went reasonably well, all things considered. I also received a number of compliments on my hair, it being one of the few things the viewing public was able to see.

I’d like to think I learned the futility of focusing too much on appearance, but I never really did that much, anyway. Some people would suggest I need to focus MORE on my appearance, like the woman whose presentation feedback included the fact I was too old for long hair and needed to wear lipstick.

I did learn that you can waste A LOT of time worrying about how you look only to have it backfire. Like with the muted aqua suit.

Or the time I thought I successfully achieved Dress-up Level: Adult at a charity fundraiser only to receive a call from my mother a few weeks later:

“Hey, did you see your photo in the local magazine?”

“No. There’s a photo of me in the local magazine?”

“Close-up? How close-up? Did they photoshop it? DID THEY MAKE IT BLURRY LIKE CYBILL SHEPHERD IN MOONLIGHTING?!”

Three days later I received an envelope containing full-page ad of my face.

The good news is that I barely recognized it – my vision is pretty questionable, so to me I always look soft and kind of blurry, which does wonders for minimizing fine lines and wrinkles and skin tone.

This photo was neither soft nor blurry. Any illusions I’d had until that moment about pore-size and pigmentation – two terms I knew vaguely from sponsored ads – went straight out the window. There were pores, and weird pigments, and wrinkles, and shadows. It was closer-up than any camera has a right to go.

Look, I KNOW that a lot of actresses and models these days are all “don’t Photoshop me” to empower women to realize that the beauty standards of magazines are unrealistic and unattainable, but I am here to say this: I am neither an actress nor a model and if you take a close-up picture of me and put it into any kind of magazine please consider this as my written permission TO PHOTOSHOP THE CRAP OUT OF IT.

After several months of therapy, I was able to go out in public again. I’m kidding! I pretty much immediately forgot about it. After I ripped the entire page into little tiny pieces. And burned it. And buried the ashes in the backyard in an upside down merlot bottle under the light of a full moon.

Really what happened is that I went back to not really worrying about my appearance but getting better at dodging photographers at big events.

I’m never going to be into make-up, and for now I’m content with a minimal skin care regimen that doesn’t include trying to make myself look years and years younger. I’ve come to the point in my life where I’m okay with who I am, weird pigment and pores and crazy hair and questionable fashion decisions and all.

I should add that the event that inspired this post went off without a hitch. Except for the part where my scarf migrated into a configuration that said less “fashionably draped” and more “resembles a test spaghetti noodle flung at a wall.”

But really, barely anyone in the room of 200+ people noticed, I’m sure. And if they did, they probably don’t remember.