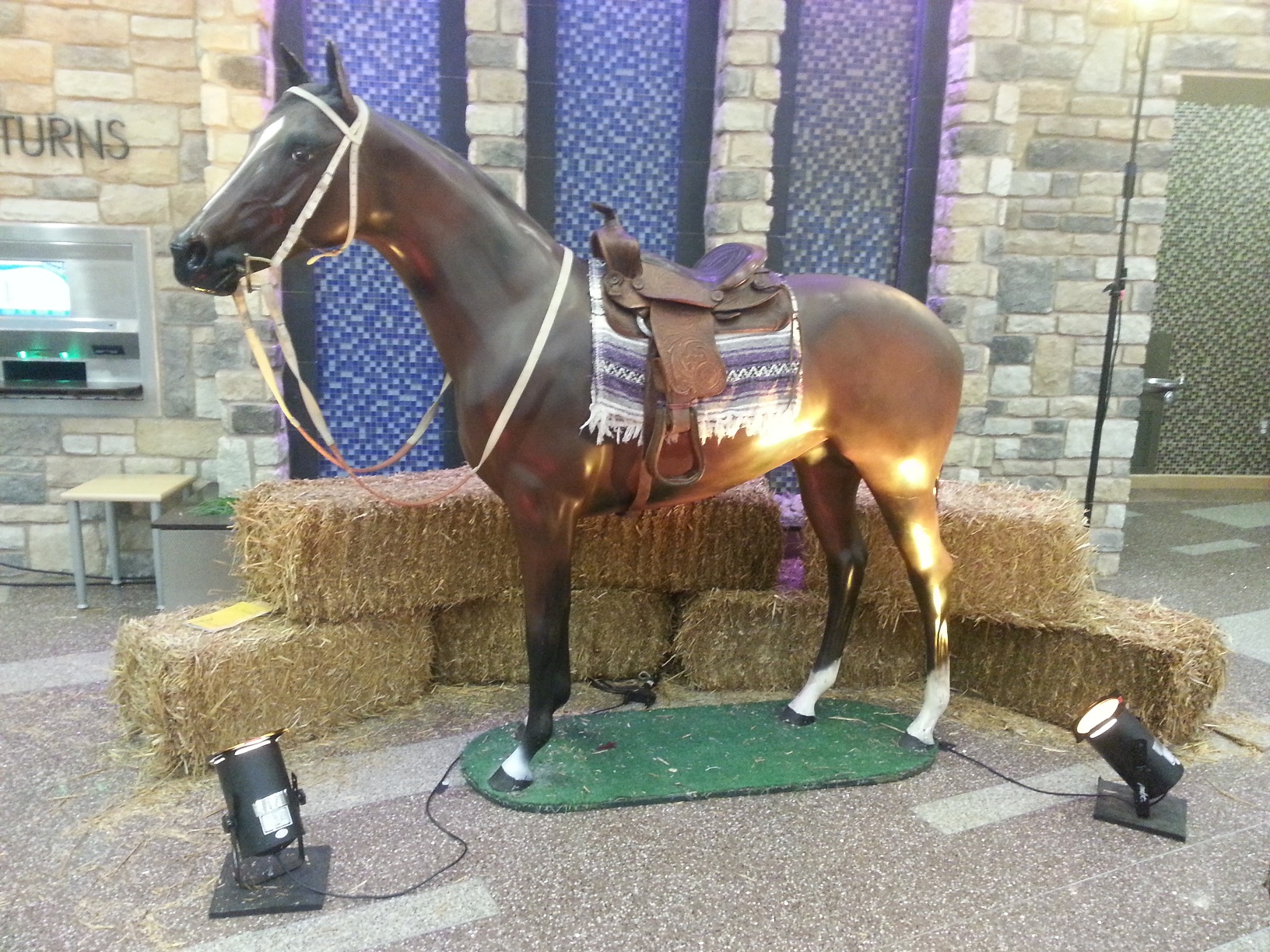 Because of you – my friends (online and offline), my family and my readers – I was honored with the title of “Best Celebrity Bartender” for Evening in the Stacks: Sparkle and Spurs. But the real winner is the Howard County Library System, which is as it should be.

Because of your generosity – and the generosity of those who gave to the other incredible (and formidable) Celebrity Bartenders – we doubled the amount raised by this aspect of Evening in the Stacks.  Last night we raised over $2,200 to help support  A+ Partners in Education (which includes the STEM Program, Battle of the Books, Spelling Bee and Rube Goldberg Challenge) and Project Literacy, a wonderful and successful adult literacy education program.

My hat is off  to fellow Celebrity Bartenders Tom Coale, Victoria Goodman, Dick Story, Kristi Simon, and Paul Skalny. They made this fun, and I mean a LOT of fun! Shooting the promotional video was hilarious, even at silly o’clock in the morning in the snow. They didn’t even laugh at me when I almost fell down the stairs. They showed up last night dressed to the nines – vests, badges, cowboy hats, boots and bolo ties – and they worked HARD. I am not kidding when I say that they were all about raising money to support the library, and it showed.

Thanks to the library staff – especially Christie – who made it remarkably easy to participate. So much work goes into this event – I can’t even begin to imagine – and she answered every call and email with extraordinary patience and good humor.

The decorations last night dazzled, but I was way too spazzy to do anything like take photos. Decorations abounded on both floors of the Miller Branch, and the Antler Bar (where we served drinks for 45 minutes) was everything I’d hoped and more (“Omg, an ANTLER BAR!”).

The folks who assisted us behind the bar were rock stars. All we had to do was serve wine and sodas and water – they kept us in glasses and opened the wine bottles for us. People who know me well realize that this was A Very Good Thing. The thought of me trying to open a bottle of red wine in a hurry is pretty chilling, right? Can you imagine? “It was a festive event until one of the Celebrity Bartenders slipped while opening a bottle of wine. We’re still not sure exactly how the bottle broke, but she needed 127 stitches and we never were able to get the blood stains out of the carpet.” There was a margarita bar, too, and libations were provided by The Wine Bin and the Ale House of Columbia. The music, by Dave Chappell and the Lone Stardusters, set the scene perfectly.

I bought my hat and badge at Carol’s Western Wear, and the staff could NOT have been kinder or more helpful. Mr. Bob even taught me the proper way to put on my cowboy hat (front to back) and how to sit it down when you take it off (hint: brim side up).  He also told some great jokes and sounded exactly like the character Hershel Green from The Walking Dead.

As promised, there was a horse (“But not a REAL horse!”) in the lobby. I managed to snap a photo of it on the way out.

I really don’t know if I’ll return next year as a Celebrity Bartender – if I’ll even get invited to return, because I think part of the fun is changing it up, you know? What I’d really like is to be a Celebrity Librarian (or maybe an Honorary Librarian). I have no idea what that would entail, but it sounds like something right up my alley. Surely they could find SOMETHING I could do that wouldn’t mess things up too badly.

Thanks again, everyone. Your support truly did make a real difference to two exceptional programs of my favorite library system, and for that, I am incredibly grateful.

What happens in Vintage Vegas…