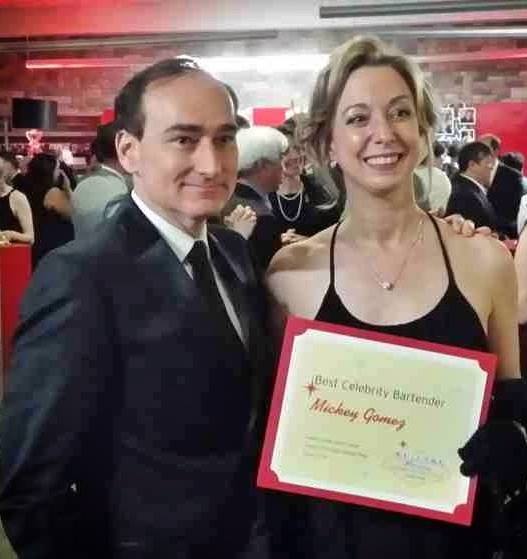 What happens in Vintage Vegas benefits the Howard County Public Library System – sounds like a win to me!

Thank you to everyone who made this year’s Evening in the Stacks: Vintage Vegas such an enormous success!

I’m a big fan of any literary gala that mixes showgirls and books,” Bohjalian said afterwards. “But the particularly wonderful thing about the library’s Vintage Vegas evening? It reminded us of something we try and teach our children and grandchildren all the time, but as grownups we all too often tend to forget: Reading is meant to be fun.” (excerpt from the write-up by Ron Charles, deputy editor of The Washington Post’s book section, who interviewed Chris Bohjalian during the event.) This year’s Evening in the Stacks was spectacular, raising close to $100,000 for the Howard County Library’s educational programs (including Spelling Bees, Battle of the Brains and Project Literacy).

The Celebrity Bartenders brought in $2,600, exceeding last year’s amount even though we had one less bartender this year. How awesome is that?! Thank you to fellow bartenders Sang Oh, Ian Kennedy, Clair Bolden McGill and Tori Marriner for keeping the competition fierce yet fun. And for making me work extremely hard to win this time around. And thank you to everyone who stopped by the evening of to fill my ACTUAL tip jar – it meant a LOT, especially considering I’m complete garbage as an actual bartender. This year I couldn’t even operate THE BOTTLE OPENER. Yes, I’m getting worse. I’m exceedingly grateful to the attentive library staff for providing much needed back up and moral support at the bar – if not for them, some of you would still be waiting for your drinks.

Thank you to Michelle Salas of About Faces Salon in Annapolis for the amazing vintage ‘do. Left to my own devices, it’s safe to assume I would have shown up leaving a trail of bobby pins with a comb (and possibly a curling iron) hair-sprayed onto the top of my head. While hilarious, it really wouldn’t have been quite in line with the theme.

Chris Bohjalian could NOT have been more gracious as this year’s Guest Author. You should follow him on Twitter and read all of his books (I’m rereading the New York Times bestseller Midwives now, and it’s every bit as compelling and lyrical as I recall). As promised, a special thank you photo from All Dogs. Sophie is simply stunning in a sequined headband, and Shiloh is rocking the vintage boa. As you can tell by their looks of almost tangible excitement, they were pretty into the whole photo-shoot thing but we had to cut it short thanks to contract limitations negotiated by the Dog Actor’s Guild. Also? We ran out of treats.

There are spectacular photos of the event here, from the Baltimore Sun.

And MORE spectacular photos here, in the Library’s Flickr stream.

Comcast NOL Howard County Evening in the Stacks 2014 from Michael Address on Vimeo.