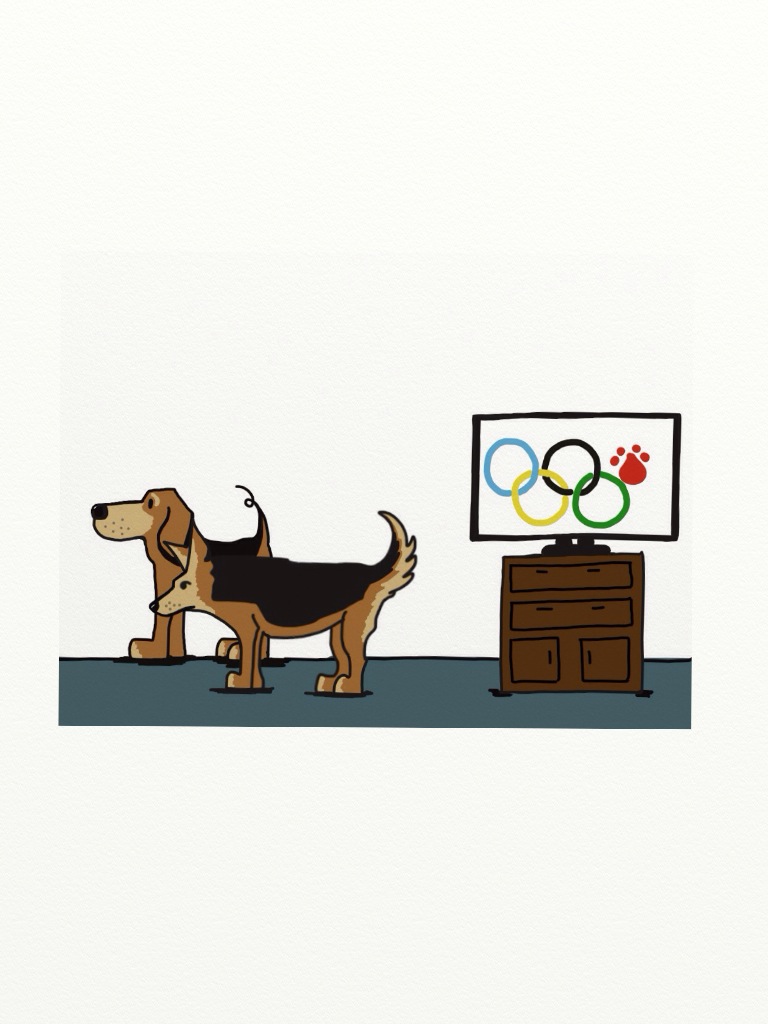 I’m really struggling with the Olympic games this time around.
One issue is more political than cultural (the questionably timed legislation aimed at people who identify as LGBTQ in Russia), the other has to do with a situation that could have been avoided in the lead-up to the games with appropriate planning and oversight (the dogs).
To me, an essential part of the games has always been putting out the welcome mat to graciously gather others into your home for two weeks, celebrating all cultures and athleticism and sportsmanship.

“The practice of sport is a human right. Every individual must have the possibility of practicing sport, without discrimination of any kind and in the Olympic spirit, which requires mutual understanding with a spirit of friendship, solidarity and fair play,”
– from the Olympic Charter.

It hasn’t been about positioning laws to bring questions of human rights into the forefront just months ahead of the games. It hasn’t been about waiting to deal with the stray dog issue until the last moment so that everyone couldn’t help but learn of the fact that they were being exterminated, like pests, in the hours leading up to opening ceremonies.
(I should add that I realize that many cultures really do see dogs as pests, and I acknowledge that even if I don’t like or agree with it. In this case, though, organizers received warning early on that it was going to be an issue – last summer, in fact – and were offered international help and refused it. As someone who cries when a single dog is euthanized because no forever home was found, the idea of this happening to thousands of dogs is heartbreaking.)
And given the many, many issues plaguing the games and venues and accommodations, I can’t help but begin to wonder about corruption, not just tied to the host country but to the IOC itself.

So it’s human rights, and dogs, and corruption. And so watching this year makes me feel like I’m just okay with it, when I’m not.

It makes me feel like I’m saying, “Oh, fine, we’ll let you slide this time because it’s a major international competition, the only one of its kind.”

Which is probably exactly what they were counting on, right?

Of course my heart hurts for the athletes, who have worked so very hard for the chance to compete. How many left their families behind out of fear for their comfort and safety? How many are there, wide-eyed, waiting for their big chance in the spotlight?
Which makes me think: wouldn’t it be great if there were other ways for athletes to showcase their talents in an international spotlight? I know they exist. I know, too, that they don’t hold a candle to the attention received by the Olympics. Is there a way to change that?
I just wish there were better ways to stage what is arguably the preeminent athletics event of the world without causing host countries to tumble into debt to build something which is, in many cases, immediately abandoned following the games. I wish there was a way to do it that strongly encouraged host countries to build an infrastructure that could make that part of the country thrive once the games were over and everyone stopped thinking about them for another two years. And everyone stopped thinking about the host country, period.

What if…So does it come down to not respecting the cultures of others? I suppose yes and no. But seen another way, I think it comes down to hoping for something better.
Do I judge others for not feeling the way I do? No, I don’t. I absolutely don’t. I respect that friends and family love the games, and that to them the games are something magical. I respect the fact that many of my friends are athletes themselves, and watch out of a sense of pride and inspiration and awe.
But can I close Pandora’s Box once I’ve started thinking about all of these things and simply sit back and enjoy the show? Sadly, I can’t.
And so I do what I can, in small and large ways. I won’t be watching, even while I support the rights of others to do so. Will this make a difference? Probably not.
But I’ll raise the issues, and I’ll hope that it makes others think. And talk. And question.
And I’ll dream of a time when these games become a true symbol of international respect and meaningful cultural exchange growing from a shared love of sports and athleticism.
Will it ever happen? I can’t say. But I know it won’t happen if I stay silent and watch – or not – without comment.
###
If you’d like to show support for the LGBTQ community in Russia during the games, please visit http://www.worldpridetoronto.com/lovesochi. #LoveSochi