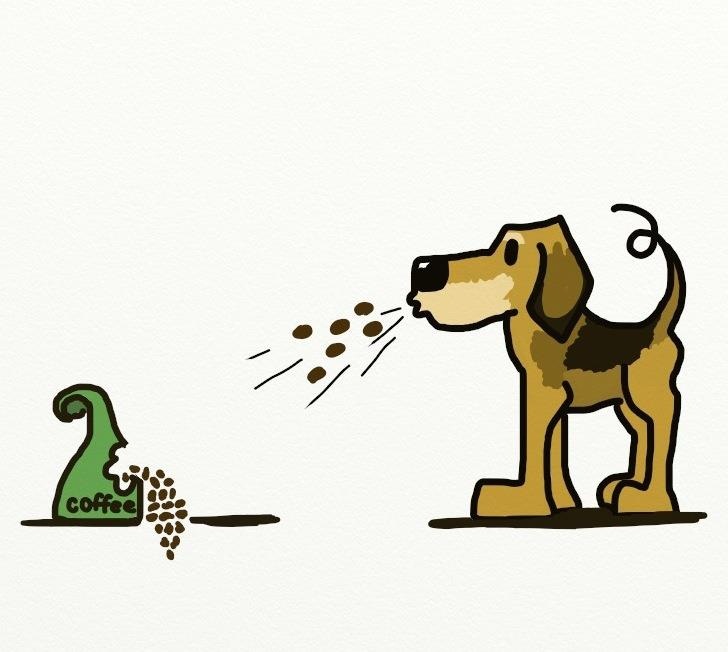 I’d meant to write an AMAZING end-of-the-year post, reflecting on my successes and failures of the past year while promising to do better in the next. Blah blah blah. You know the drill. Earth-shattering insights! Insanely simple yet profound suggestions!

And then, Shiloh happened. For those of you who don’t know, Shiloh, Mischief Dog joined our family in April. He’s a rescue dog, somewhere between eight and ten (depending on which paperwork you believe). He spent most of his life chained to a doghouse outside in the mountains. After some initial setbacks that resulted in the death of all floor-based houseplants and new blinds for every window the living room, he settled in admirably.

The fact that you never really know what he’ll get into next adds an element of adventure to day-to-day life. He’s shredded toys (both his and Sophie the Wonder Dog’s), slippers, a paperback, two audiobook cases, tissue paper, cards and several bags. He’s eaten a stick of butter, a pound and a half of homemade Chex mix and a bag of gummy bears (including the bag).

One evening we returned home, opened the front door and were hit with the unmistakable and overwhelming smell of coffee. Shiloh discovered sealed bags of whole beans stored in a box stacked in a corner of the laundry room.

To clarify, the bags were not sitting out in plain view on a counter covered with bacon grease.

Evidence suggests that he enjoyed chewing through the box AND all three bags, cheerfully spreading the beans from one side of the living room to the other with the bulk of concentration focused damningly on his dog bed. Based on the fact that close to half a pound of it was missing, his personal favorite blend appeared to be Pumpkin Spice. Panicked, we called the vet. Meanwhile, Shiloh looked hugely uncomfortable, opened his mouth and out shot a stream of partially chewed coffee beans. This was good news – as long as he was throwing up on his own, no further treatment was necessary. That dog vomited coffee beans for HOURS, proving that his body is far smarter than his mind and stomach. I am certain that the laws of physics were broken that night, because WAY more beans came out than went in.

He seems to have learned his lesson, though. “Shiloh, what’s this?” accompanied by the shake of a bag of coffee now sends him slinking into the next room, eyes averted.

After starting to write the end of year post the other day, I innocently left the house for two hours. Two. Hours.

I returned to Plush Toy Armageddon. Christmas was just days before. Both dogs enjoyed the kind of attention that comes from being the Wonder Dog and the Mischief Dog, respectively. Shiloh received several “indestructible” toys with multiple squeakers. I’d like to think they went quickly; the plush snake, the adorable alligator, the blue thing that I-don’t-know-what-it-was. Sophie’s duck and bear were collateral damage, simply in the wrong place at the wrong time. The cookies – a gift from our neighbors – were stalked with the consummate skill of a dog smart enough to casually notice a pattern just before the appearance of the magical peanut butter cookies. I have no idea what he was trying to do with the sugar cookie mix, but he seemed to enjoy prancing through it after destroying the bag. His whiskers were coated in flour.

I stood there in the last light of day, stunned speechless. I dropped everything, sat on the steps and called my husband.

“You won’t believe what Shiloh did.”
“Bet I will.” He’s right – my husband has come home to this scene several times and counting.
As I described the sheer magnitude – the duck’s little foot was torn off, there were easily eighteen squeakers out and stuffing EVERYWHERE – he stopped me. “He ate the cookies?”
“Yes?”
“There were chocolate chips in there. And I think macadamia nuts.”
“Yes, but he’s eaten COFFEE BEANS before. I think he’ll be okay.” I offered this last part with a doubtful edge to my voice. “Okay, I’ll call the vet.”

I called our vet and explained the situation.
“Macadamia nuts? Those are toxic. You need to induce vomiting.”
“I’m sorry, I need to what?”
“Induce vomiting. Pour small amounts of hydrogen peroxide down his throat until he starts throwing up.”
“You’ve got to be kidding. He’ll barely let us give him a bath. It takes FIVE of you to hold him down to trim his nails. I’m supposed to get peroxide down his throat?!”
“If he ate macadamia nuts? Yes.”
“Okay.”

I hung up, thought for a minute, and picked up the phone.

“Hey there! Thanks so much for the cookies – we really enjoyed them. Quick question though – were there macadamia nuts in any of them? No? Thank goodness. Why? Um, well, we thought there might’ve been some in the remaining cookies, which Shiloh helped himself to while we were out. And it seems macadamia nuts are toxic to dogs. Hahaha, that crazy Shiloh. Now I won’t have to induce vomiting, which is a relief all around, let me tell you. Haha. Yep. Well you have a Happy New Year!”

Our neighbors are good sports, but this might have been too much information even for them. So I cleaned (pro-tip: use a shop vac for flour), and Shiloh skulked, and Sophie remained hidden until the coast was clear. An hour later, I was relaxing on the couch and Shiloh crept up, curled into a tiny ball and was snoring within minutes. I admire his resilience. He hasn’t had the easiest life, this dog. He shies around strangers, and gets a little jumpy sometimes. He hates having his paws touched. He didn’t lay down in our line of sight for the first week we had him. He didn’t know what a toy was or how to play with one. He’d never seen a rawhide.

And yet, just months later, he’s settled in. He barks at the vacuum and paper-shredder and blender.  He follows me everywhere.  You can almost feel Sophie rolling her eyes at his exploits from time to time – when he runs into walls, for example, or stands in the middle of a room staring at nothing. For hours. Or when we find him gleefully shredding another toy, crazy tail wagging away.  He adores Sophie, though, and so they get along well. He is kind and gentle (unless you are a squeaky toy), and a very welcome addition to our home.

So that’s what happened to my epic end-of-year post: Shiloh. And honestly? I wouldn’t have it any other way.

And thanks, as always, for reading.

The Freedom of Silence